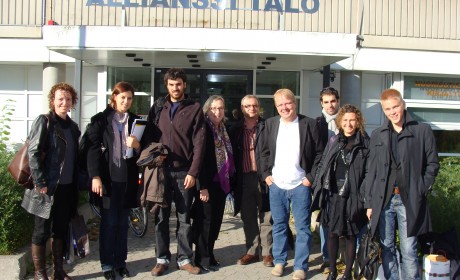 FOCIR organised a study trip to Finland to learn about the coordinated foreign policy spaces that exist between civil society and the Finnish government. The Catalan delegation held meetings over four days with different Finnish organisations as well as various government departments.

The cooperation between civil society and the Finnish government is comprised by members of associations, including the Finnish Foreign Policy Youth Forum, which is a coordinated space between the Finnish Ministry for Foreign Affairs and youth associations. Given that other Finnish associations are also actively involved in and maintain close relationships and contact with different institutions, the Catalan delegation wanted to learn about how Finnish associations view the different kinds of connections and models of coordination. The main goal behind this was to determine whether the Finnish model could be applied to Catalonia and how mechanisms for consultation and coordination between the government and civil society organisations could be developed.