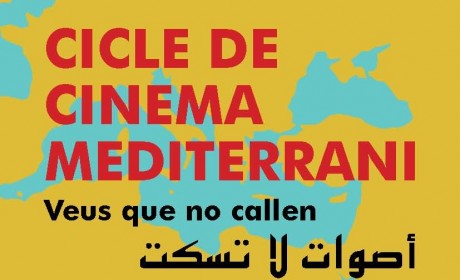 FOCIR, along with the Federació Catalana de Cineclubs, has supported the projection of a film series.

The series’ documentaries raise awareness of the right to truth-seeking and memory in the Mediterranean countries of Palestine, Algeria and Lebanon. The documentaries are intended as ‘voices that cannot be silenced’ and speak of past conflicts that will not be forgotten.

The films, which were all selected with the help of the Federació Catalana de Cineclubs, were shown at the Institut Europeu de la Mediterrània on Tuesdays 19 and 26 November and 3 December at 7.30 pm.

The films shown were:

“To forget is also to forgive what should not be forgiven if justice and freedom are to prevail. Such forgiveness reproduces the conditions which reproduce injustice and enslavement: to forget past suffering is to forgive the forces that caused it – without defeating these forces. The wounds that heal in time are also the wounds that contain the poison. Against this surrender to time, the restoration of remembrance to its rights, as a vehicle of liberation, is one of the noblest tasks of thought”.