FOCIR at the Barcelona Organisations Fair 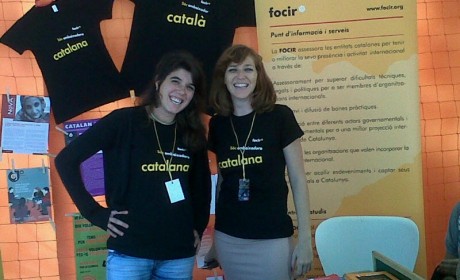 The Federation of Internationally Recognised Catalan Organisations (FOCIR) is a traditional participant in the Barcelona Organisations Fair which is held every year in Plaça Catalunya and which is one of the most visited places during the city’s local festivities.

Our aim is to raise awareness of the international dimension of Catalan organisations and the importance of the work that they are carrying out abroad in both local associations and the population as a whole. The FOCIR stand is always shared with its member organisations.