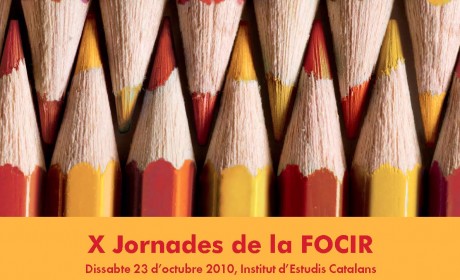 The 10th FOCIR Conference was held on 23 October, this time under the title “Cultural Diplomacy Supporting the International Presence of Catalonia”, at the Institut d’Estudis Catalans.

Once a year, FOCIR organises a conference that brings together some 60 representatives of different organisations, media outlets, academics and politicians to create a space for reflection and debate between the different players working towards increasing Catalonia’s international presence. Given the value of cultural aspects in the construction of a Catalan identity, and the growing importance of social and human aspects in international relations, we decided that this year’s topic should be centred on cultural diplomacy.

The 10th FOCIR Conference, which lasted an entire day, consisted of an opening speech and two round tables. The opening speech was given by Samuel Jones, researcher in politics at the Department of Culture, Media and Sports at Demos, a British think tank, and co-author of “Cultural Diplomacy” (2007).

The first of the round tables was called “The Role of Culture in Subnational Government Diplomacy” and the second was “Cultural Diplomacy: An Opportunity for Cooperation and Creating Networks.”